The Second Half of the Equation


A few days ago I wrote a post in the wake of the tragedies in both in home state of Oregon and in Connecticut. I wrote an argument in support of gun control, specifically, assault weapons and weapons that allow for large clips of ammunition.

Today, I would like to analyze the second half of the equation. The state of our countries social safety nets and specifically how we manage the mentally ill in our country.

Mental illness is a taboo subject in America. We are the land of the robust and independent. If you have a problem, our heritage would call for you to fix it yourself. This applies to everything from physical illness, job loss, poverty and mental illness. Historically, we are not a nation that asks or wants the government to help out those in need. It's a problem better left for churches and non-profits.

Fellow blogger The Anarchist Soccer Mom shared her personal story of managing family mental illness, specifically mental illness with violence here. She describes the behaviors of her brilliant, yet mentally ill, 13 yr old son, who is becoming more and more prone to violent outbursts, endangering himself, his mother and his siblings. Families like this one are not as uncommon as you may think.

A friend shared her families story over dinner last night about her ex-father in-laws growing rage that has been pointed at her ex-mother in-law, rage with no known origin, but frightening because he has begun to bring out his hand guns during his fits. Her ex-mother in-law, for a long time did nothing, afraid of what other's would think, but finally has left her home and has moved in with her grown son, leaving the local police department to deal with this mid-60's aged man's mental instability.

As a child protective service worker here in Oregon, I encountered several families struggling to deal with their mentally ill children and at a loss of what to do if medications didn't work to control them. One family stands out in particular. A darling, curly, red headed little girl of about seven years of age, was already experiencing advanced schizophrenic symptoms where during her 'fits' she would seethe and want to harm her three year old brother. Her parents had another child on the way. They had installed locks on the outside of their daughters bedroom, in fear of her and it took all the father had to physically restrain the child, so that the mother, an RN, could force a 'calming' pill down the girls throat.

This particular family had safety plans and was already researching private institutions to home the child when she would inevitably reach the age where they could not care for her and her needs would overwhelm them. These types of 'homes' could well bankrupt this family.   Ironically, I was called into investigate this family because the school was concerned about the girl, during her calm and lucid moments, talking about her dad restraining her. Current DHS policy would have found the family to be at fault for locking her in her bedroom, their safety and the other children's safety in the home was secondary.

I am sharing these personal experiences with you because I feel they are more powerful than the statistics and figures about the difficulty in accessing mental health here in the United States, but here's an article full of such things for those of you interested.

I do not believe that by solely addressing the issue of gun control in American, we will solve or stop horrific crimes like those that took place this past week. I believe the problem is two fold and that until we also address the lack of resources for the mentally ill, little is going to change.

I have spent time on the front lines working with families trying to manage mentally ill children and teens. They are forced into reporting their mentally ill loved ones to local police departments and utilizing the criminal courts to keep their families safe. These children get turned over to the state juvenile systems and they are also underfunded with little help for those wards facing mental illness. It is a lose - lose scenario.
This problem of violence in American is not just about gun control. 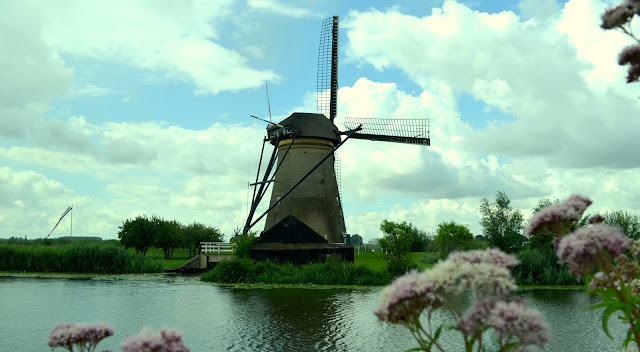 Voyage to The Netherlands Part 1