Will My Dahlia's Ever Bloom??

Talk about some major thunder/rain showers this weekend! It's been humid and soggy..OY! I'm having flash backs of a trip to Atlanta a few years back ;)

So..the big question is..will the dahlia's get a chance to bloom??

I lost two this past winter...I know, I should take better care, dig them up in the fall, etc..I blame the slugs. However, three have come up and let's check on their progress. All of my dahlia's are from Swan Island, located in Canby, Oregon...my little hometown :) 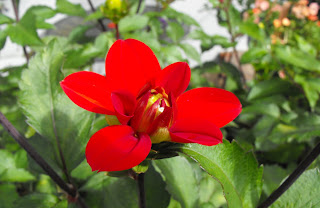 Ohhh, it might just get there..! This is normally a late bloomer..but this late? sigh. 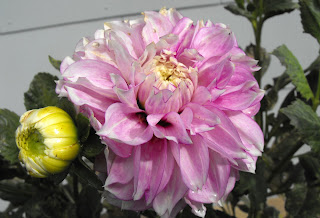 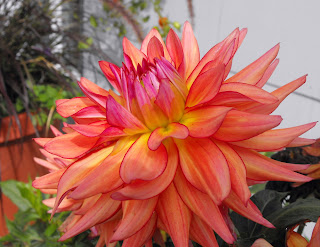 I will admit, this is one hardy dahlia! It's been blooming since mid-August....it normally starts in early July. It has survived despite my lack of attention to it. My kind of plant ;)

How are your dahlia's doing this season?