The Little Garden that could.

The stars seemed to be aligned against me to get my garden built and planted this spring at the old house we are remodeling / planning to move to in July. I played second fiddle to what felt like all the other party's time-frames. Jenni wasn't a happy gardener.

But, the clouds parted and a window opened for me to take the garden box by the horn ;)

I ordered five yards of dirt to be delivered early last Saturday morning and hopped in my truck to make the hour and a half drive south to West Linn to meet the delivery man bright and early at 9am. Wake up sleepy neighborhood! 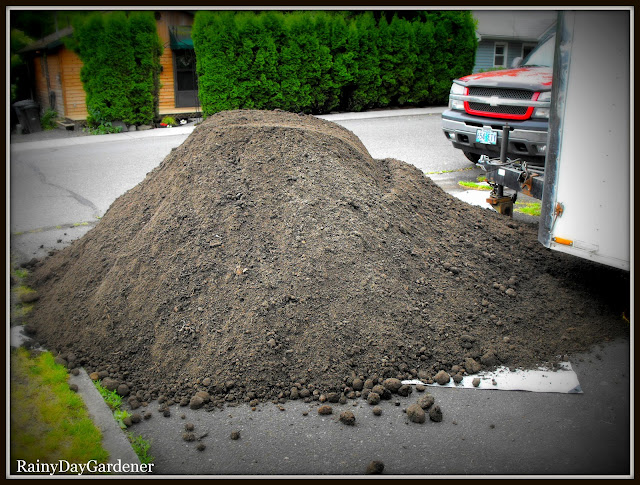 I admit that fat, pile of dirt felt like I was looking at Mt. Everest.

Before I started, I went to the back of the yard where my garden boxes are (200 ft 1 way) and put newspaper down inside the beds to create a bit of a layer between the dirt and overgrown weeds. 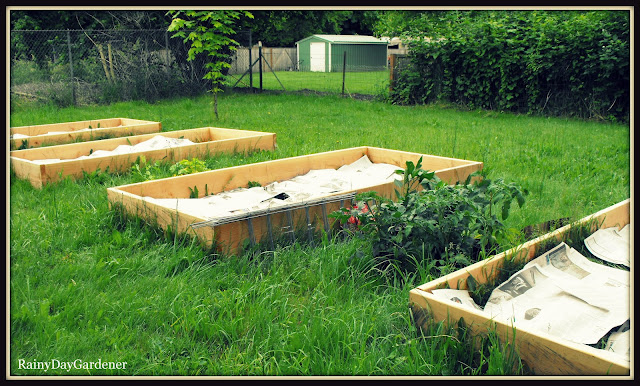 Then I began a long day of digging and hauling dirt to the back of the property. It was good, honest work. The humidity, however, was heavy and thick. Quite unusual for our neck of the woods. Apparently there were quite a few heavy showers throughout the metro area that day. I lucked out with no rain to make my tasks any more difficult.

On Sunday, I came back with the family and worked on tidying the yard and getting my vegetables tucked in their beds. 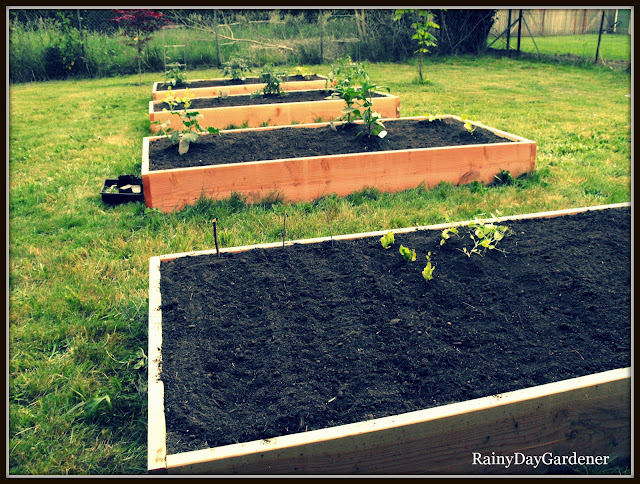 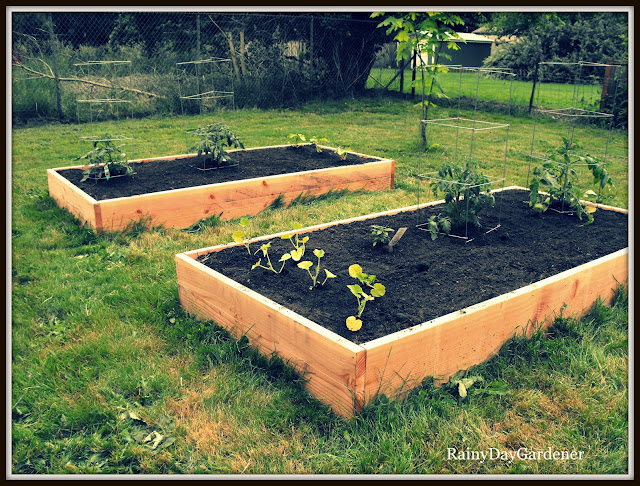 While the tomatoes I started from seed are um, still tiny...I did get my hands on some organically grown tomatoes and peppers in size- extra large. My starts of heirloom squash (Thank you Diana!), pumpkins and zucchini (because I need more frozen zucchini in my freezer) were ready to be transplanted. I sowed swiss chard, carrots, summer spinach and lettuce directly.  I did not put beans in this year as it just felt too late. Next year.

Fast forward another month and I'll be doing this adventure again when I build my winter garden raised beds. I ordered seeds this week and will start them indoors. I'm dreaming of homegrown kale for my juicer!

It's always the setting up shop that is hard to do, but when the results are in, the feeling is priceless.