My cool weather, early spring crops have been going gang busters this year. We've had an unseasonably warm (HOT!) past few weeks. While the warmth has been nice, the hand watering has been a bit of a chore. 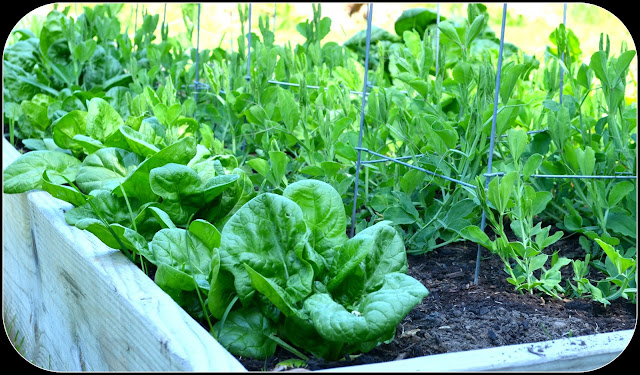 The Olympic spinach is thick and full, ready to bolt soon I'm afraid. We've enjoyed plenty of spinach salads but there is more ready now than I know what to do with. I'll be looking for ways to preserve the spinach this upcoming week.  The spinach, sweet pea's and swiss rainbow chard in this box was all sown in mid-Feb. 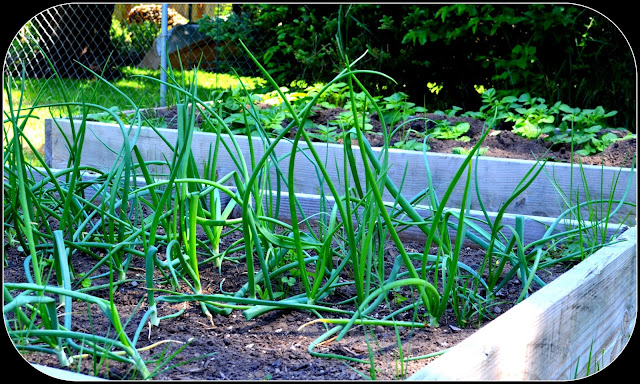 The three varieties of onions I am growing are amazing me with how much they have grown in a little over a month's time. I expect them to be done sometime in June and at that point, I may start another box from the seeds I've sown in my mini green house. The current onion starts were given to me from Alison and I planted them sometime in late March. They were very healthy, large, onion sets to begin with. 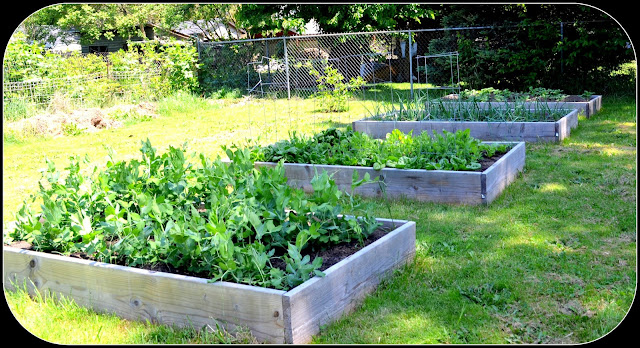 Cascade Snow Pea's in the forefront here, are beginning to flower. The stems are very sturdy and I'm happy they are performing so well. Seeds were directly sown in mid-February.

I have been growing two types of potatoes. Reds and Yellows. I have hill'd them three times thus far. In the past I have only grown potatoes in pots with mediocre results. I've given them full use of one raised bed and they seem to be thriving. Home grown potatoes are incredibly tasty.

The strawberries are in their first year. The bed will continue to fill out as the years progress. They are producing, but it will be a light year. I added compost at the end of March and the berry plants have been quite content. During the first year, I am less concerned about berry production than I am with allowing the plants themselves to mature and strengthen. 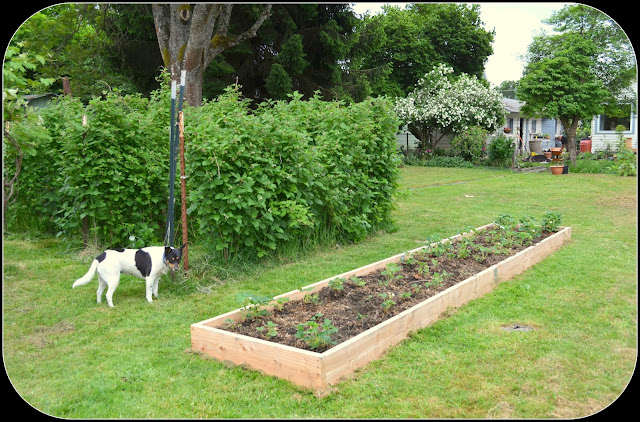 On the other side if the strawberry box are the established heritage raspberries. They are heavy with blossoms this year. The mason bee's are hanging out and having a good time in our four rows of raspberries. I expect a bumper crop this year. These raspberries usually have two significant harvests every season.

This week we have four more raised beds getting built and I'll be hauling dirt to fill them up. 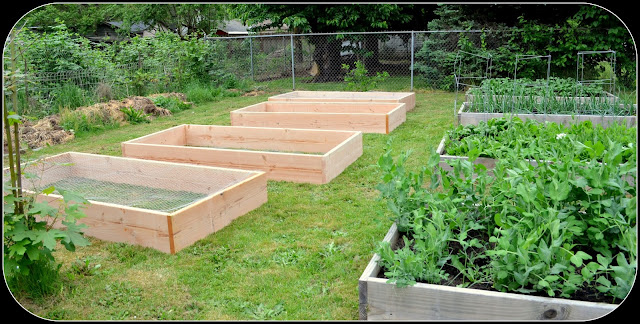 Tomatoes, peppers, cucumbers, squash, pumpkins and watermelon will be enjoying what has been a warm growing season thus far.

It's busy times here at the cottage. I'm happy to see my gardens grow and thrive. It makes this place feel more like home.