When Life Throws You A Wind Storm.....

We didn't get the snow here in Portland as was forecasted mid-week, and the hashtags #nosnow #pdx were flying on twitter to smack the local weather forecasters around. (I was personally hoping for a bit of the white stuff, but I recognize I was in the minority.)

We did get strong east winds, sleet and chilly temps. Those east winds howling out of the Columbia Gorge caused a lot of fallen tree debris around my neighborhood. Many of us Portland area gardeners raced around our homes to bring inside tender plants and provide protection to those that had to remain outside.

After the wind died down, my kids and I collected fallen fir boughs around the yard, trimmed them up and created some festive autumn bouquets. 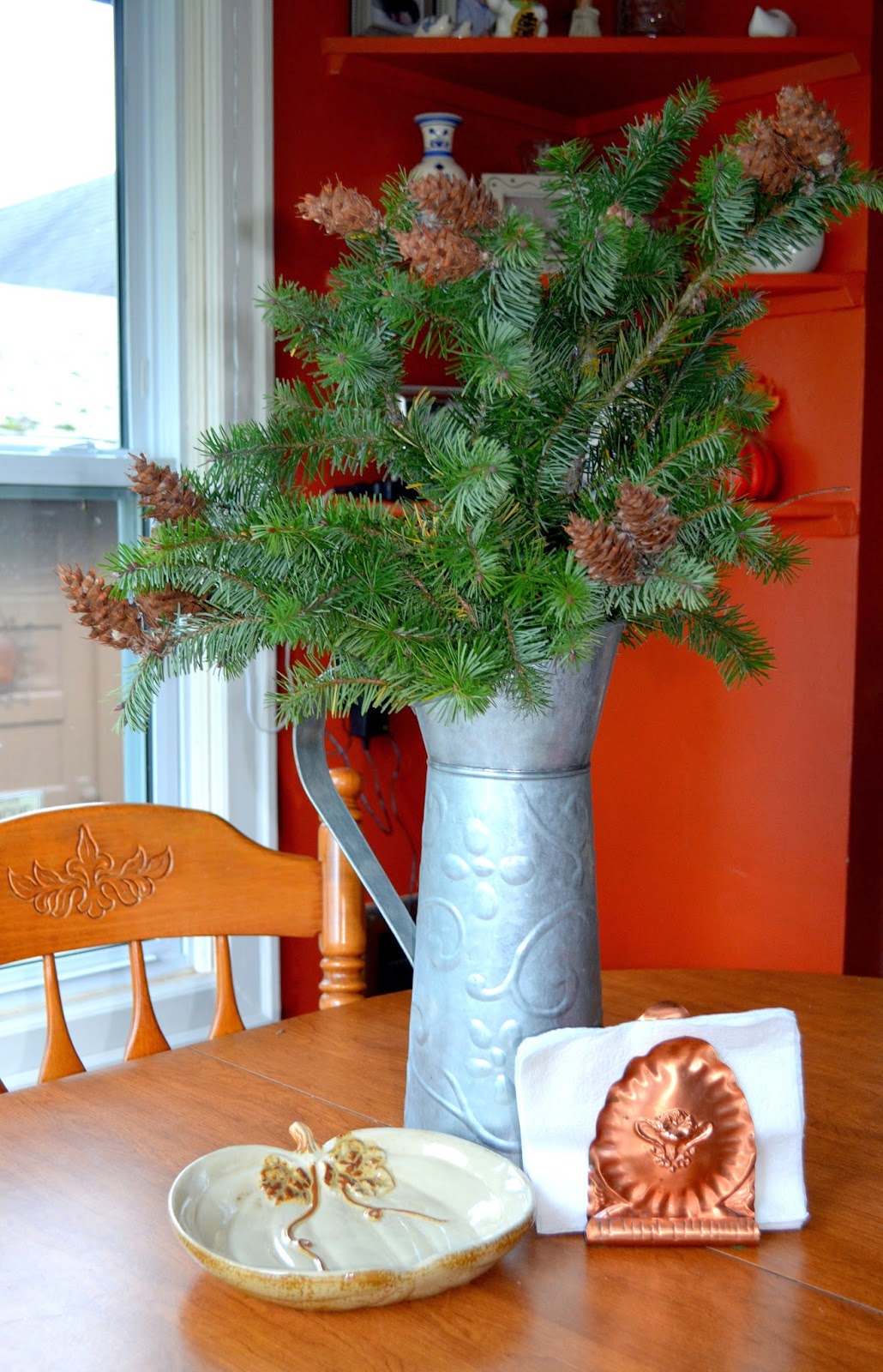 So, despite the lack of white stuff, we had fun creating something out of the storm.