I'm jumping out of my comfort zone and experimenting with planting Agaves. I've been really curious about these spiky plants and why some of my garden blogging friends are so smitten with them. 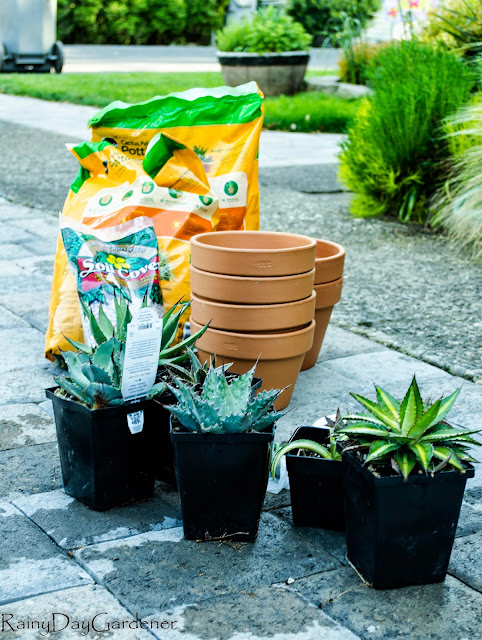 I acquired a nice starting collection when the PDX area garden bloggers visited Little Prince Nursery of Oregon. I've been keeping my group nice and dry, waiting for the weather to move toward consistent warmth.

Meanwhile, they've been getting plump in their pots and I had a heck of time getting them out of the black plastic containers without looking like my cat had attacked my hands raw. 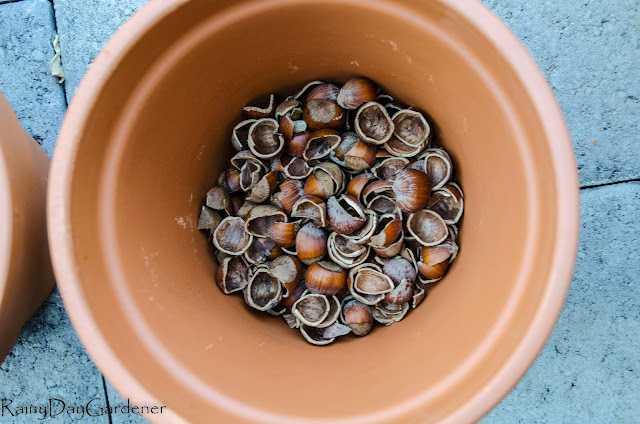 Loree, over at Danger Garden, recommended I put the agaves in Terra Cotta pots, thus I would not worry so much about over watering them. I put hazelnut shells in the bottom of the pots to keep the soil from leaking out. 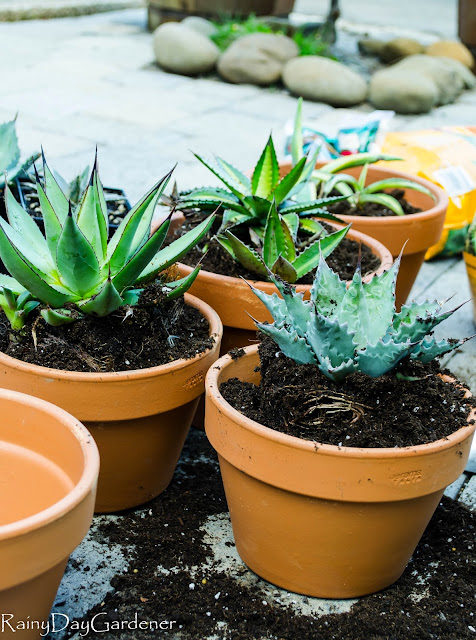 Placing the soils around dagger-ed plants was not an easy task. Usually, I'm a bit more tidy when I'm potting up new plants. 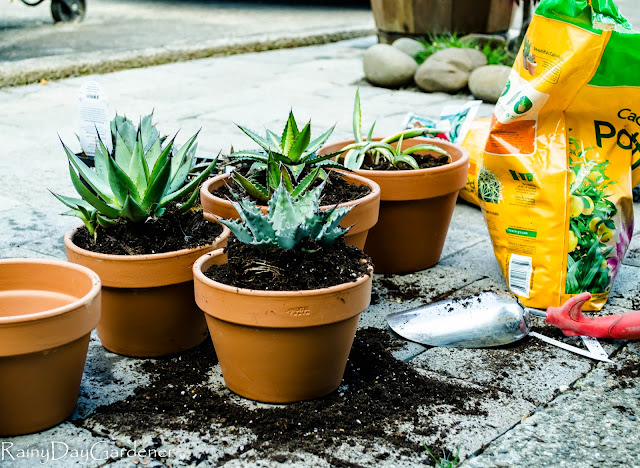 And darn it...some of the agaves were taller than I thought they would be! I didn't have enough of the larger sized pots. Looks like I'll be re-potting these again next year.

I topped them off with pretty rocks and Viola! 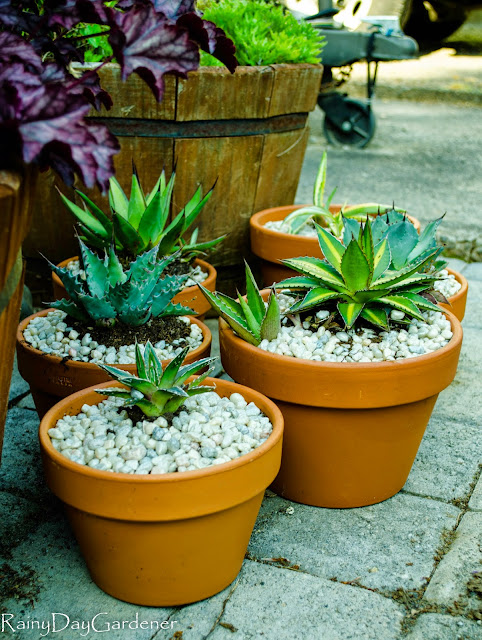 Here are the agaves that I think I have: 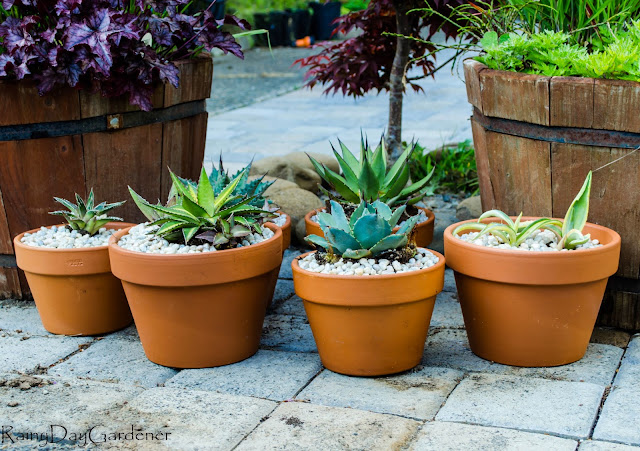 There you have it; Jenni's new summer mini-garden of Agaves.  I'm not brave enough to put them in the ground directly....my soil type is a pretty heavy clay. Well, at any rate, I might just get attached to them and if I lost one, I'd be quite sad, so I'm not going to take chances with my little zone pushing group.

Are you trying out any new plants this year?